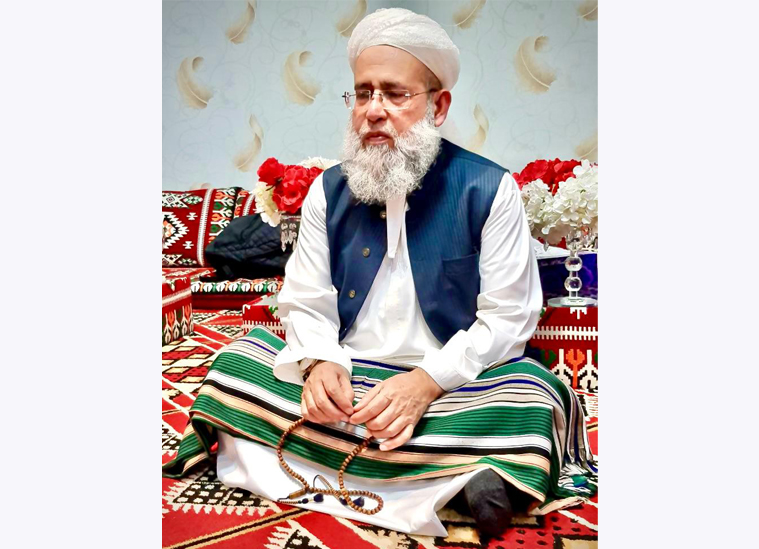 Almarkaz Publishing was founded in 2017 under the guidance of Shaykh Mufti Qazi Hassan Razza, who has authored numerous works on various topics including Islam, history and language. These have been published in English, Arabic, Urdu and Persian.

The honourable Shaykh's life has been one of servitude to Allah, His Deen and His people. He has established institutions of learning both here in the UK and Pakistan, he has set up an international charity and remains actively involved in various community projects. This has meant that many of his authored works have remained unpublished.

The aim of Almarkaz Publishing is to bring these works to print for the benefit of Muslims across the world, and to also translate the works of many renowned scholars particularly from the subcontinent. A huge wealth of knowledge remains inaccessible due to language barriers and it is our hope we can share these treasures through our publications.

Almarkaz also offers the option of purchasing books as Sadqa Jariya on behalf of deceased loved ones. These are distributed to those people who can't access or purchase such literature, like those in prisons or students of knowledge across the world.

We ask Allah to place an abundance of blessing in this work and make it a means of benefit for the Ummah.

Shaykh Mufti Qazi Hassan Razza is a prominent and honourable scholar across the muslim world, who hails from a family of 10 generations of scholars. He is highly qualified in various Islamic sciences, with many of his students being scholars in their own right. The Shaykh showed a tremendous intellectual ability from a young age, and completed the memorisation of the Qur’an at the tender age of 13. He was taught by many high ranking academics, and successfully completed the Dars-e-Nizami course at the age of 21, followed by the Mufti course and an apprenticeship.

Although he spent significant time studying with his father Mufti Saif-Ur Rehmaan, the Shaykh also completed his Masters in Arabic at the International Islamic University, M.Phil in Arabic at the University of Peshawar, and spent time studying at Alaama Iqbal University. During his university life he completed an entire thesis based on one word of the Qur’an, highlighting his immense knowledge. The Shaykh Mufti Qazi Hassan Raza has Ijaza in the Naqshbandi Silsila from Shaykh Fazl ur-Rahman, and is a strong advocate of Zikr, holding regular gatherings. He also has Ijaaza in various other salasils including the Qadiri and Owaisi tariqah.

Upon his arrival in England in 1996, Shaykh Mufti Qazi Hassan Raza immediately began conveying the message of Islam to the young and old, Muslims and non-Muslims alike and has attracted a remarkable amount of students, and friends. His profound desire to spread Islam solely based upon the Quran and Sunnah has been his key method, and he also learnt English to communicate with the youth.

During his time in England he has established various organisations, namely a masjid (Al Markaz Ul-Islami), a charity (Save the Mother’s Trust), a school (Al Markaz Academy), a publishing company (Almarkaz Publishing), A Madrassah, an Islamic library, youth club and Islamic consultancy to name a few. Despite many great achievements, the Shaykh still works tirelessly and humbly to serve muslims around the world.